This is a subject that we could go on about for a long time – longer, over a nice glass of Rioja. However Rioja is not Spain’s only fine wine, and part of the pleasure of visiting Spain is discovering the many superb wines that the country has to offer.

Crianza refers to a wine which has spent two years at the winery before release, with at least one year in oak barrels.

Reservas must have spent three years at the winery, with one year in oak barrels.

Gran Reservas must have spent five years in the winery with two years in oak barrels followed by three years ageing in bottles.

We will restrain ourselves at this stage and the following merely represents a short list of some of our own personal favourites. We have (hopefully) avoided being pretentious, and have restricted ourselves to a selection of wines that you can reasonably expect to find in a restaurant or supermarket.

Rioja is probably the best known Spanish wine (it refers to the region in which the grape is grown), although there are others, and in particular Ribera del Duero (just south of the Rioja region), which are well worth trying.

Thus amongst the red Riojas, Marques de Riscal is our clear favourite, while Marques de Caceras, Marques de Murrieta, Faustino V (although, in our opinion the much more expensive Faustino I just isn’t worth the difference) Campo Viejo and Siglo have all met with our approval.

Sorry, but we’re not quite as well up on Spanish white wines, but can strongly recommend the Albariño range of these.

If you would like to continue the tasting process on your return then the airport duty-free shops will have a good selection of these wines – as also will your local supermarket nowadays.

In addition it is possible to choose from a very wide variety of Spanish wines on the Internet – see www.decantalo.com for a fine selection of Spanish food and drink in general. Salut! 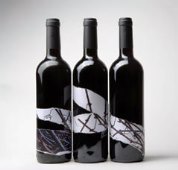 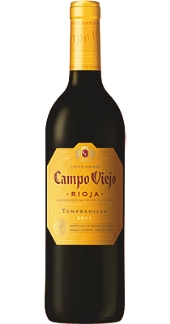